My Green Garden hosted sourdough breadmaking workshops with Anne of The Mixing Bowl of Hallam.

If you would like to be notified for the next time this workshop is run, register your interest here. 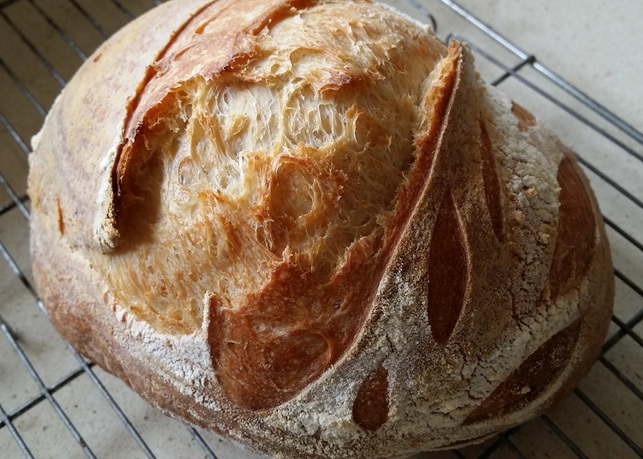 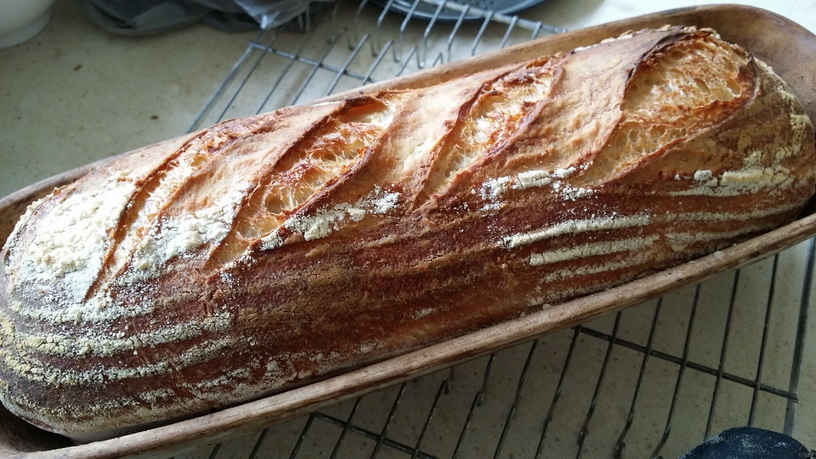 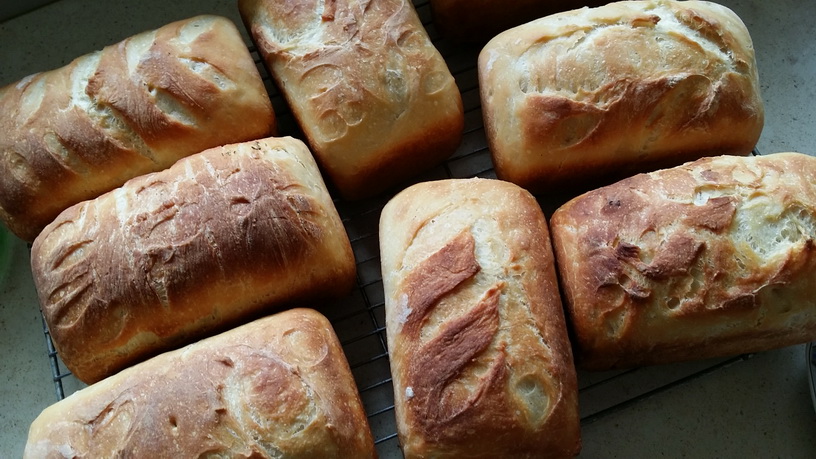 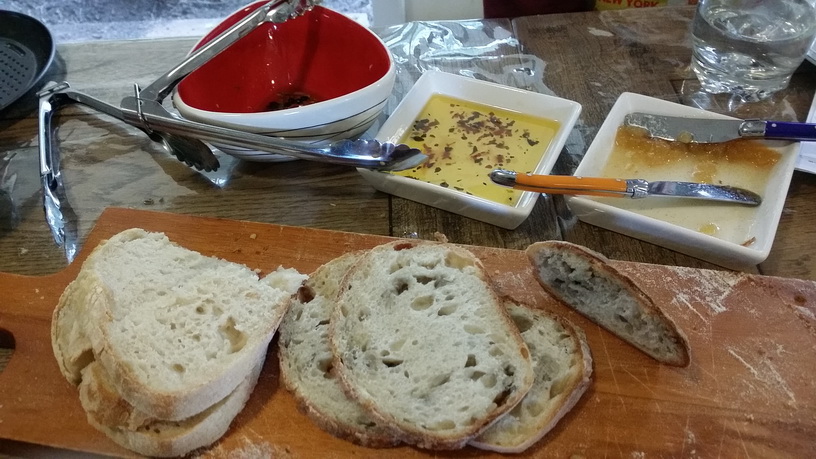 Last year, I attended a Sourdough Breadmaking workshop with another organisation and since then have made sourdough loaves in tins regularly. It makes great toast and is extraordinarily long-keeping. Eating ordinary toast is... well..just that - ordinary. So without any other background in bread making, I could produce a decent loaf that suited us for toast.

Toast aside, the loaves that I made weren't really suited to grace the dinner table. I hankered instead after those beautiful looking artisan sourdough loaves that are mouth-wateringly fabulous to look at. I did try recipes after a You Tube search and the promise of no-kneading needed and succeeded in making what could have also doubled as a door-stopper. Edible but very heavy and dense. I wanted so desperately to know how it could be done in a home oven.

Did I need special equipment? Was my starter 'right'? What was I doing wrong? I next bought a stunning book, with fabulous photos and step-by-step instructions which promised success. I pledged to my family that I would work through each recipe until I got to the end of the book. I got through to the second recipe. And stopped.

I needed help! I looked online at courses to do, to be able to bake a free form loaf, as distinct to the tin loaves. Some even had instructors who would come and work in your kitchen with you, but they came at a hefty price. Others I would have had to travel to country artisan bakeries, which sounded good, but they were bakeries. Conditions don't necessarily translate from a professional setting to a home kitchen and oven.

Google came to the rescue. A search for equipment (maybe if I got some specialist equipment??) yielded an address to a shop in a suburb I had only vaguely heard about, but which happened to be only a short detour from a return trip we were taking. Bread makers' nirvana was the result. I had discovered The Mixing Bowl and a proprietor, Anne, who was very generous with her advice and wise counsel. I came away with a couple of bits and pieces, but more importantly, with the courage to keep trying. I also signed up to receive her newsletter and through that, attended one of her demonstration classes.

Anne made it look so easy. Those loaves that she produced were stunning to me of the door-stopper experience. What I particularly loved was Anne's no-nonsense approach, de-bunking the myths that surround the mystical qualities of sourdough. With no training in the field of baking (Anne has a professional background in computer programming!) Anne's approach is not hard and fast but forgiving, like she claims that the sourdough starter is.

It was this practical and unfussy attitude which led me to approach Anne to come and run workshops for My Green Garden. Obviously people are keen to learn this skill which is centuries old, of baking without yeast, of developing a starter with complexities of flavour that come through to the bread, because I barely had time to get the workshops to the booking page before the first one booked out and then a second one, newly scheduled, did the same.

The workshops require a lot of preparation by Anne, as she comes with enough starter for everybody to mix their own dough; with dough ready to shape into a loaf and allow to rise; with more dough for everybody to make their own mini-pizzas for lunch; and then with all the equipment needed. Anne is also very accommodating as she recognises that sometimes the questions don't arise until you're in your own kitchen, without a helpful figure there to guide you, and she is happy for you to call for advice when she is at work.

Best of all, I now have the confidence to try again. I know what I could be doing better so that bread-making nirvana can be mine too....

1. Creating and maintaining your sourdough starter

2. Mixing a dough from the start

3. Autolysing and the stretch and fold techniques for sourdough

4. Folding techniques to place in round mould; and the scoring before baking

5. Shaping dough to rise as a long loaf or tin