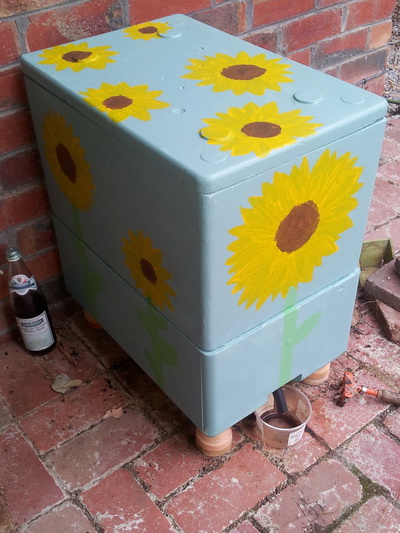 Make the Top Box. Put lots of holes (pencil thickness) with the screwdriver on the bottom of ONE of your boxes.

Measure and cut 2 pieces of insect mesh/shadecloth to fit the base of the box. 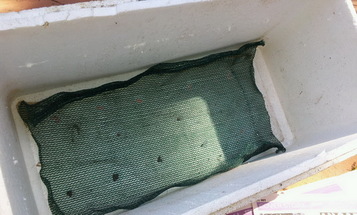 Line the box with the one of the pieces.  Place a 2cm layer of small stones (screenings) over the screening and then cover with another piece of the insect mesh or shadecloth. 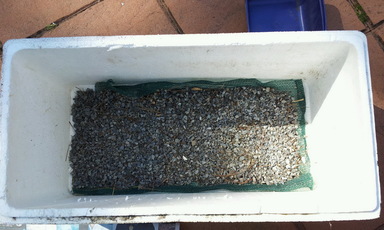 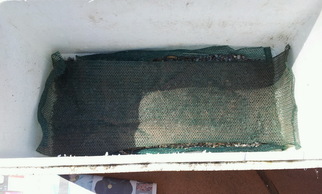 Make the Bottom Box.  This box does not need to be kept at its full height. Carefully measure around and mark it with a texta so that you can use the Stanley knife to cut through the polystyrene. 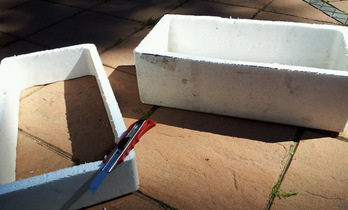 Make a hole, with the screwdriver, in the middle of the base of one of the short sides. Fit the hose length into this hole and ensure that the inside end of the hose is flush with the base of the box on the inside. Secure it in place with the silicone gun. 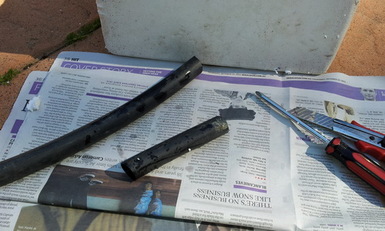 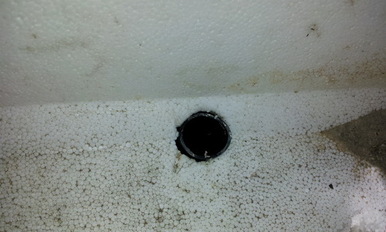 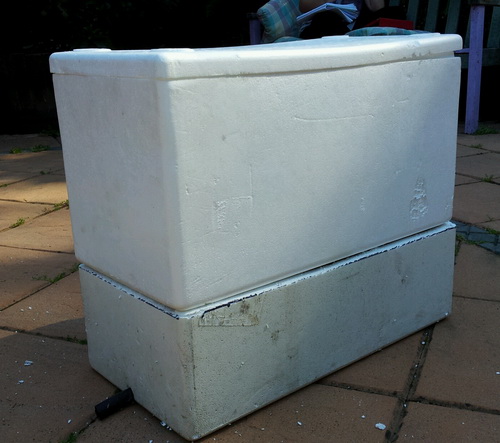 Bedding material. Fill your TOP BOX, over the shadecloth/screenings layer, about 3/4 full with the prepared newspaper/compost or manure mix.

Add your worms to your bedding and watch as they wriggle down out of sight. Place the box with the worms on top of the base box, which will allow the water and worm wee to drain down into the base. Prop the boxes up on bricks or similar so that you can place a container under the hose to catch the “worm wee”.

NOW wait patiently for a week before adding food.

Next, add some food scraps to the bin. Make sure you don't overfeed your worms. Start by putting a small amount in one corner underneath your worm blanket. See how long it takes your worms to break it down. This should give you an idea of how much your worms can handle at one time.

You are now the proud manager of your own farm – a worm farm!